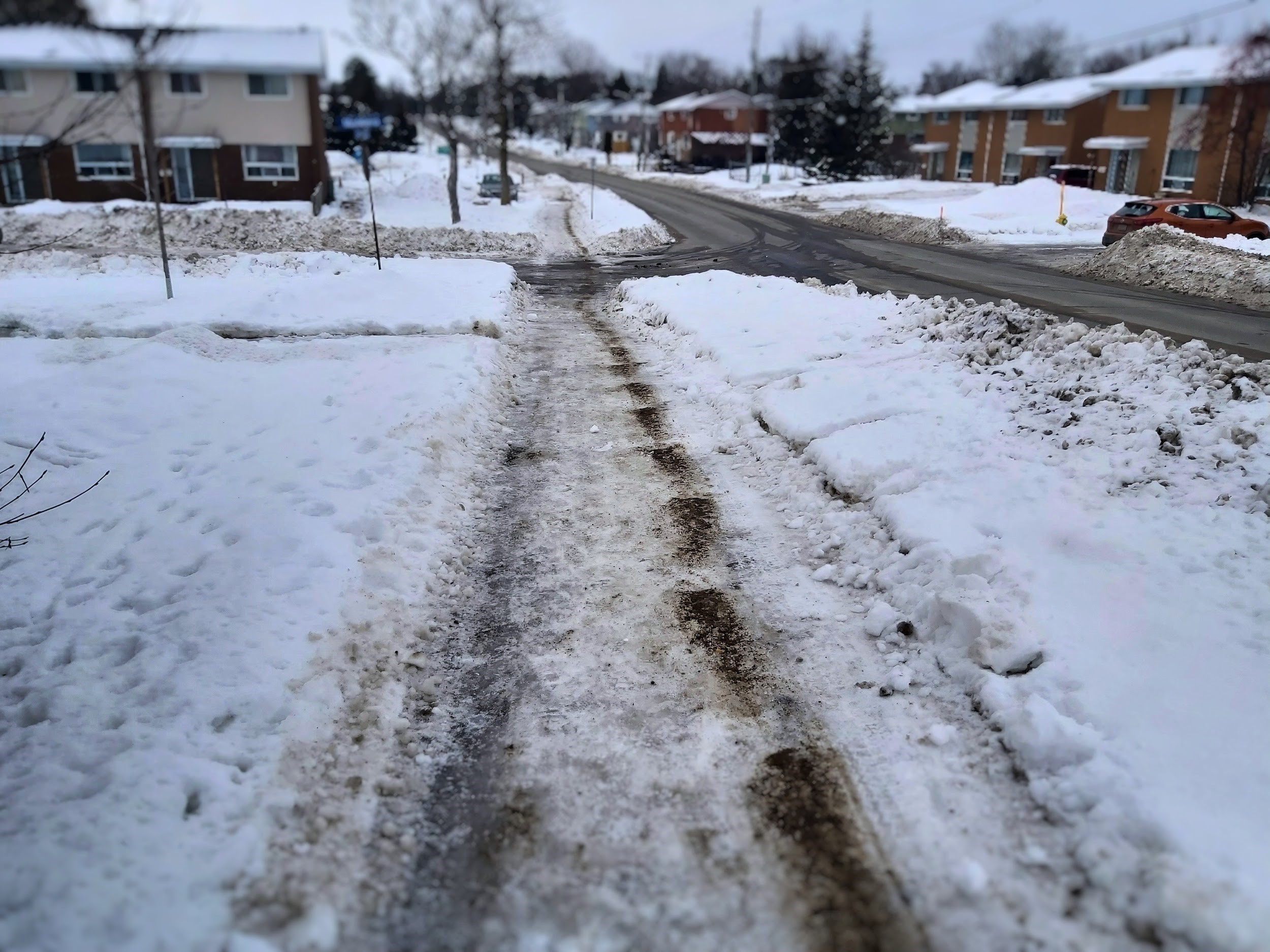 NORTH BAY — Is your city trying to kill you?

It is a debate that has been raging on since the first city was formed, but a group of vigilant citizens believe that North Bay really is trying to do them in.

North Bay Citizens Against Being Murdered (or NBCABM for short) is collecting testimonials and photo evidence to bring against the city.

“We see it all the time,” says NBCABM head of chair Nancy Green. “Suspiciously slippery roads, unmaintained sidewalks that can result in broken ankles, cops blowing past stop signs. They are tell-tale signs that the City of North Bay is actively trying to kill us.”

NBCABM has gathered a “plethora of examples” to bring against the City. Included are measurements that prove many potholes are “large enough to swallow a child,” photos of intersection snowbanks “taller than any motor vehicle,” and notes on how many sidewalks are only sanded on one side, “leaving the other side a slick, icy deathtrap.”

Long-time North Bay City Councillor Grey Terrence defended the city, claiming that they “have good reason” for try to kill the city’s citizens.

“Look, North Bay has too many people in it for the current infrastructure. Just look at how many people are unemployed, and homeless. The only solution is to weed out the weak and let the strong prosper.”

“The cost for maintaining a sidewalk is already double what I feel it should be,” continues Terrence. “So how do we fix this? We cut the amount of pedestrians in half. How do we do that? Sand half of the sidewalk!”

Nancy Green and NBCABM wants to remind citizens to be careful when out in the streets, because “the City of North Bay is just waiting for their chance to strike.”

“I saw it just yesterday,” says Green. “Someone ventured onto the icy side of the sidewalk and fell directly into an open manhole.”

“The worst part was there was a City worker right there, and instead of helping, they just played a cartoon-falling noise on their phone.”