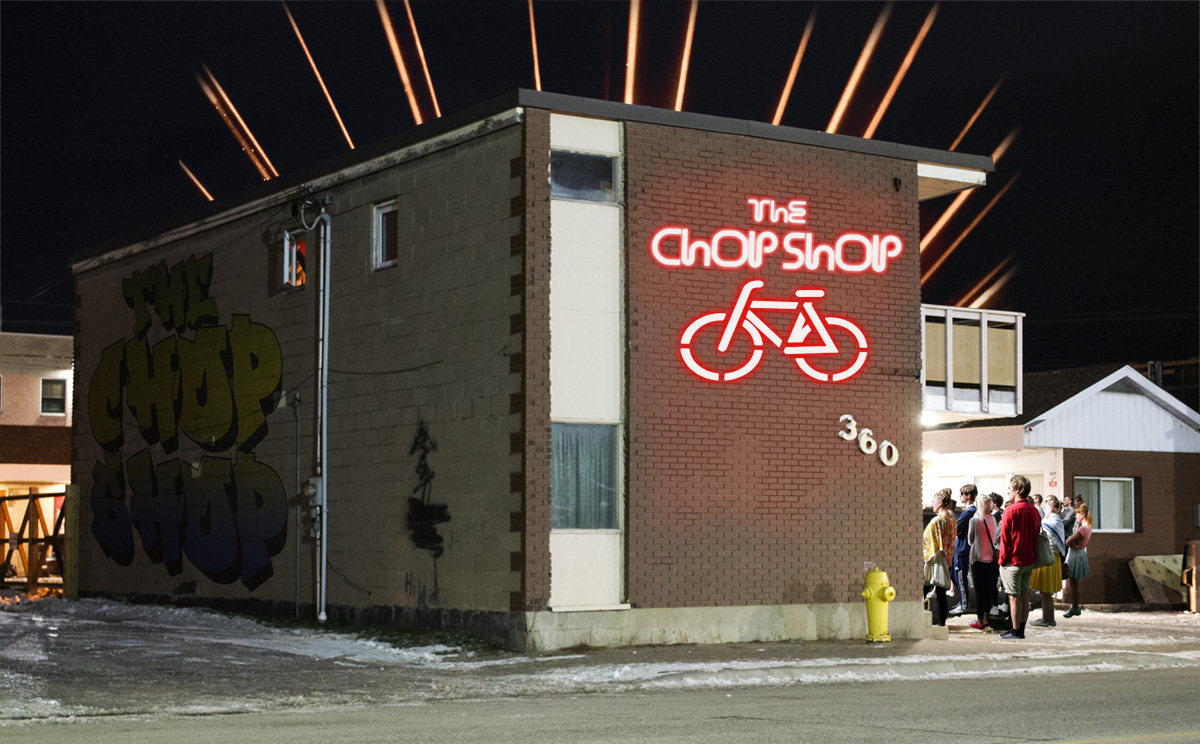 The two story building is being converted into a new bicycle-themed nightclub called “The Chop Shop.”

Owner and operator Troy Spokes says that “The Chop Shop” will be open early next month, after “some minor indoor renovations.”

“The whole place is going to be bicycle themed,” says Spokes. “So, like, the main floor will have a bar with bicycle seats for people to sit on.”

“Then the second floor will have the dance floor which will spin like a bicycle wheel.”

Spokes says that he is looking to fill the void left behind by the exit of bars and clubs like The Zoo.

Spokes says that all the bicycle-themed interior decorations will be from “locally sourced” bicycles.

“I’ve got a few contacts who have promised to bring me used bicycles a couple times a month to help keep the club’s ambience going,” explains Spokes. “All proudly procured locally.”

“We’re also recycling a lot of what was already on the property. For example, all drinks will be served in old water bottles.”

Spokes says he is aware of the building’s past, but that 360 Main St. is “framing up to be something new.”

“Yes, the police came in and busted a bunch of folks here months ago,” shrugs Spokes. “But that stuff’s all over now. ‘The Chop Shop’ is going to be a fresh start that can stand on its own.”

“So please let me be the first to say that 360 Main has broken that vicious cycle. Long live ‘The Chop Shop!’”