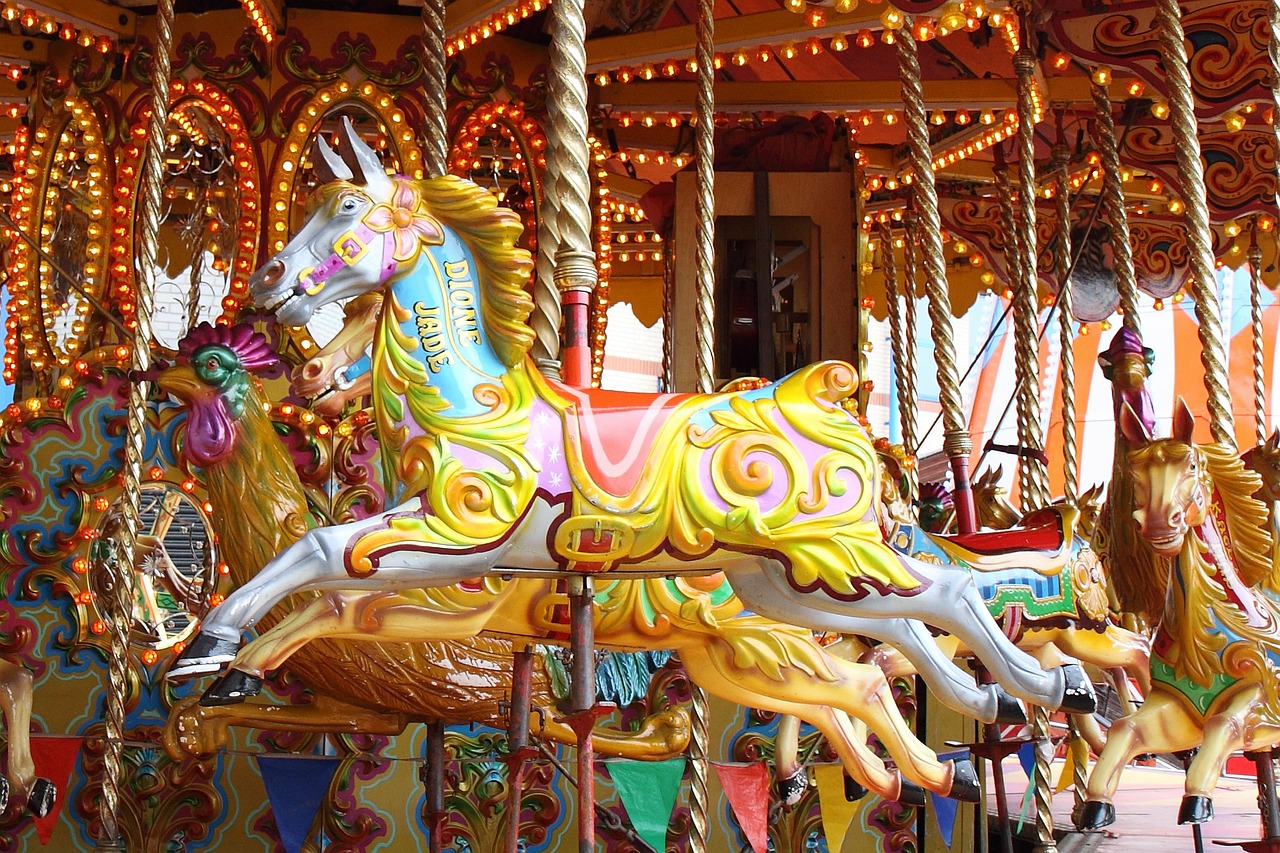 NORTH BAY — Not everyone on City Council wants a casino in North Bay.

“Casinos are nothing but a tax on the poor,” began City Councillor Vic Tikus Wednesday night. “The proposed casino in North Bay is too small to attract shows, but just big enough to take your paycheque.”

However, with a vote of 8 to 4, Council voted to move ahead with the casino, despite the protests of a “rowdy” anti-casino crowd.

But all is not bleak, says Tikus.

“Yes, North Bay will be getting a casino. But, to counteract the casino and hopefully encourage North Bayites to not gamble, I’m pleased to announce the approval of a new, state-of-the-art 32 carousel multiplex.”

The new, 32 carousel complex will feature “a total of over 1250 horses, dragons, unicorns, and other rideable beasts” according to the proposal presented by Tikus.

“Just imagine the reaction of a child finding out that they can ride not just one, but any of the 32 spinning, whirling, circus-music playing carousels!”

To pay for the new multiplex, Council will be using a “stimulus package” originally set aside for Sports & Tourism.

The $1.1 million in funds were allocated to “assist with the development and expansion of any worthwhile sports, attractions, and venues that may bring increased tourism to North Bay,” says Tikus. “And I can’t think of anything more worthwhile than 32 revolving platforms filled with wooden horses and nauseated children.”

“It’ll not only offer a new, different attraction, but will revitalize Ferris!”

The complex will begin construction in the spring on Pinewood Park Drive.

Also included in the report were the designs and descriptions for some of the new carousels.

“Carousels will range from antique-style French merry-go-rounds to futuristic whirlygigs,” reads the report.

Included in the proposal was a plan to immortalize many of the “notable citizens” of North Bay’s past and present.

“Just imagine riding all five Dionne Quintuplets like the provincial government did in the 1930s.”

Others will be made into animals that share a likeness to the celebrity.

“Haven’t you always wanted to know what Al McDonald or Giles Blunt might look like as a horse?” asks the report.

When put up for a vote, the carousel complex proposal passed with a vote of 13 to 1, with Scott Robertson being the only dissenting voice.

“I don’t want to know what I’m going to look like as a zebra,” protested Robertson.

“That’s some crazy Island of Dr. Moreau s#!& there. Also, who the hell is going to come to North Bay to ride 32 carousels?!”

2 thoughts on “Council votes in casino and 32 carousel multiplex”