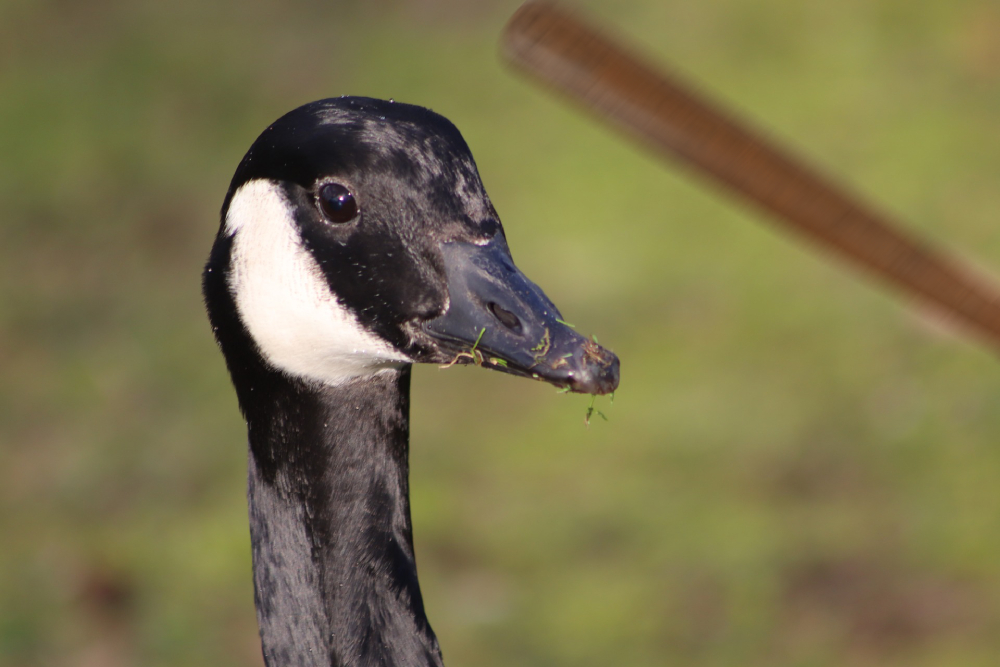 NORTH BAY — Armed with clubs and table legs, Canadore’s staff and students have taken to the College’s campus to cull the Canada goose population.

“There’s a really good crop this year,” says professor Curt Thatcher. “But my hakapik and I are ready.”

Thatcher explains that a “hakapik” is a heavy wooden club with a hammer head on one end and a metal claw on the other. The tool is traditionally used for seal hunting, but it “works pretty well on geese too.”

“By the third or fourth swing, even the first year students can land a killing blow.”

Canada geese are currently listed as “not protected” under the Wildlife Act, which means that anyone can hunt or kill them at any time of year without the need for a game licence.

“Which is great, because they are a huge nuisance up here at the College,” says Thatcher.

Canadore expects to cull somewhere between 80 and 200 Canada geese over the next few weeks.

“It’s necessary for the beautification of the campus,” says Thatcher. “Plus, one stole my lunch last year and I’ve been mad about that for a while.”

Thatcher says that the College tries to run the goose cull in late May and early June to both “surprise the geese” and “avoid friendly fire between students and staff.”

“It’s the perfect time to get out clubbing because the geese are just coming in. They’re newly arrived and don’t suspect anything. Plus, since they’re all just coming in, we can get the dead geese plucked and hidden away before the new geese come in.”

“I asked (President George) Burton if we could temporarily change the College’s slogan to ‘Geese Things Happen Here,”‘ grins Thatcher. “But I think he might be busy doing his own kind of clubbing with Shawn Chorney and Bob Nichols.”