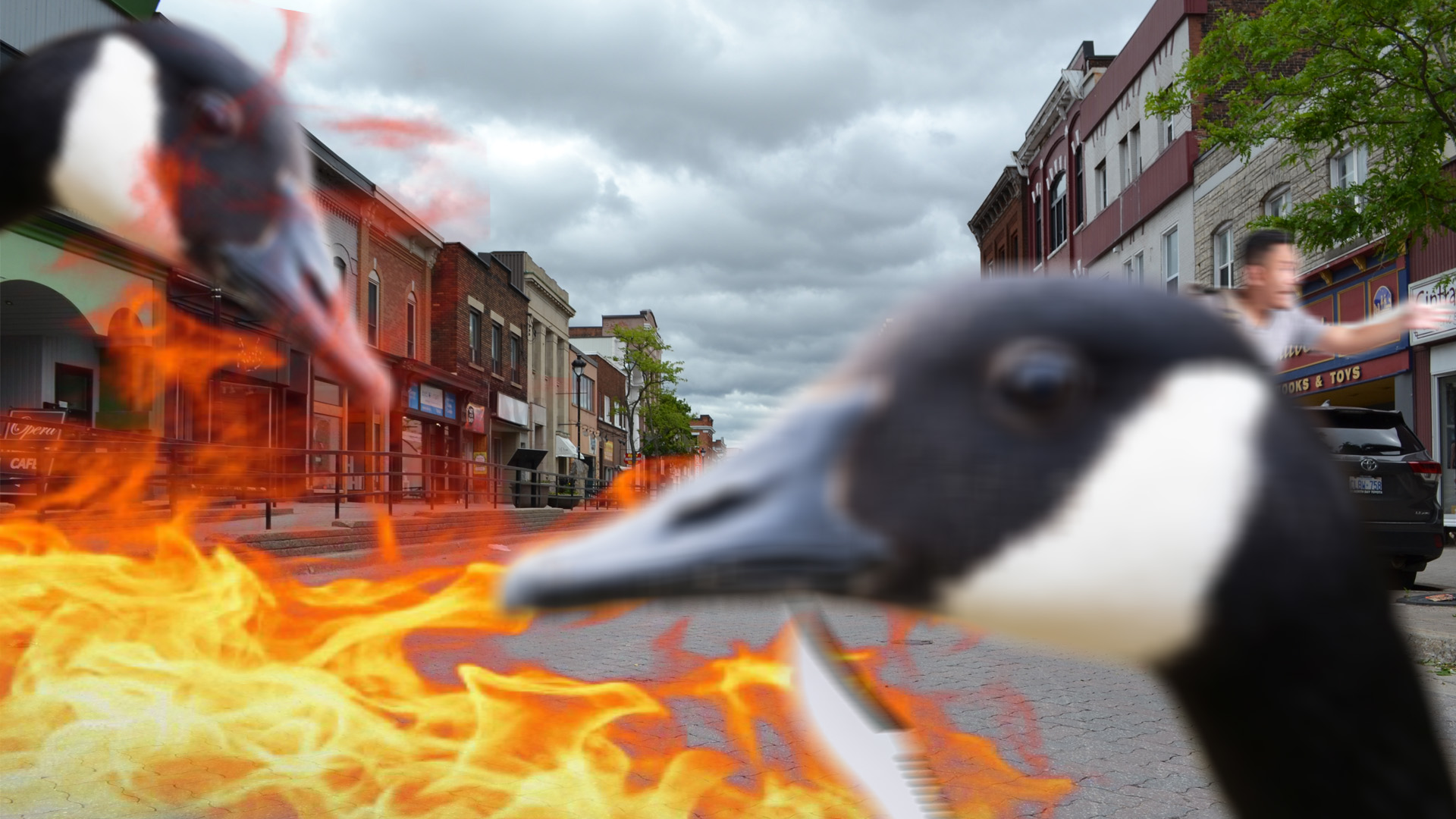 The gang of violent birds were originally spotted lurking around Memorial Drive. After several residents lost cats and small dogs under suspicious circumstances, Rooster was deployed to make a full report.

“I came to talk to the cobra chickens,” says Rooster. “Unfortunately, I speak duck and not goose.”

“All they did was honk at me, and they then imprisoned me in an old box car. I was forced to survive on last year’s shadflies and stagnant goose water. But from my time in captivity what I can tell you is that there is going to be a cobra chicken uprising and their plan is to rule the city.”

“They’re starting with heritage railway – the plan is to rename it ‘Honk Honk.’ Then they are moving on to the carousel where they will remove all the horses and replace them with geese. They’re naming it ‘Honk Honk.’”

Rooster was able to befriend a lonely Canada goose who had no friends and secure his freedom. Rooster and his new ally, Mr. Toots, made a final report before disappearing.

“I’d advise everyone to hide in their basements,” warns Rooster as he strokes Mr. Toots. “There is no winning – there is only survival.”