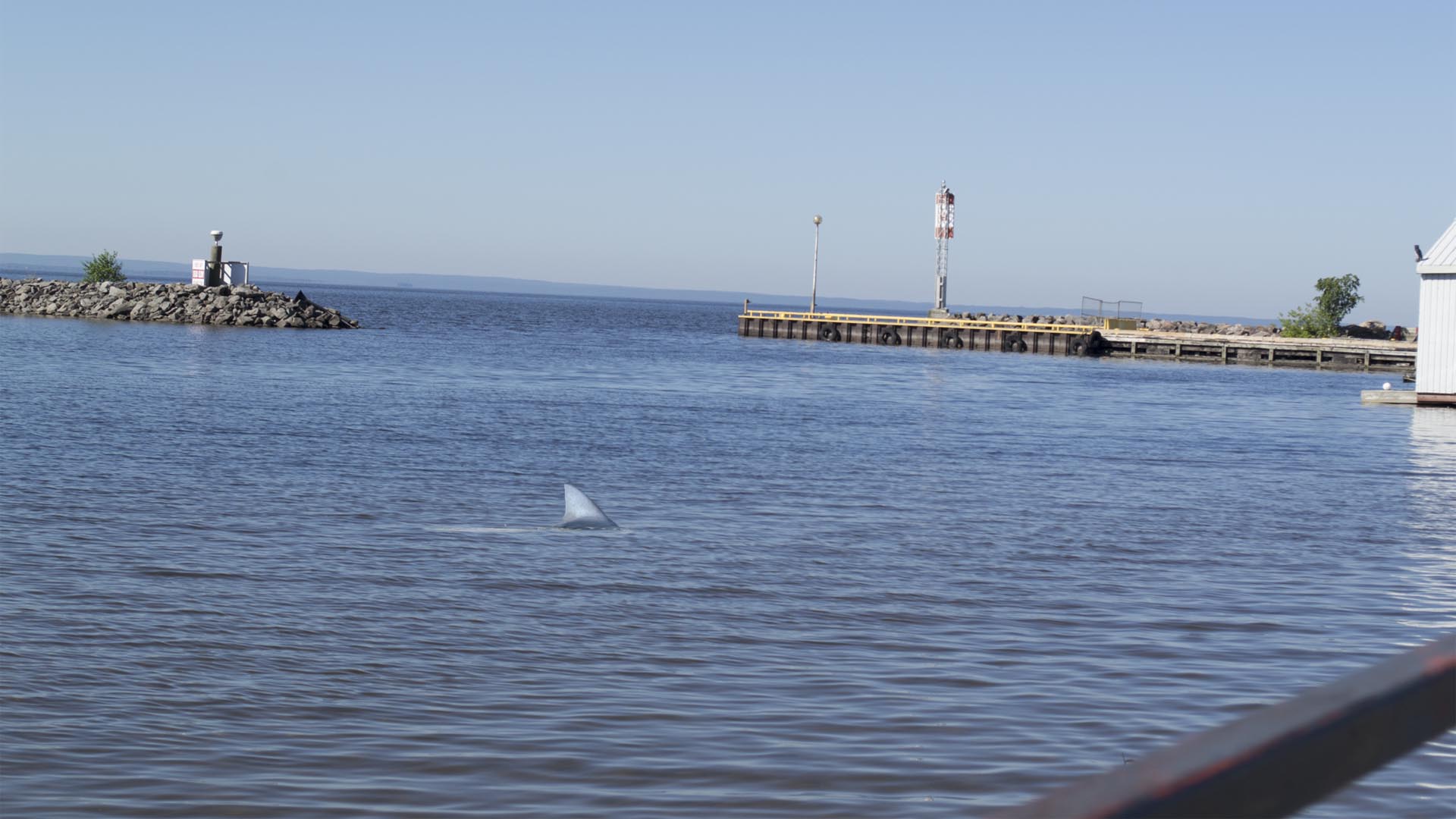 “We had a little ceremony for the sharks,” says handler Bruce Rechin. “Most people on the dock found it pretty interesting. Playing the theme from Jaws might have been a bit much though.”

The sharks are part of a pilot project aimed at eliminating invasive fish species in Ontario’s lakes.

“The basic idea is that a bull shark will eat just about anything, and that will no doubt include a very healthy diet of invasive species like black crappie and carp.”

While Rechin can’t guarantee “that they’ll only eat those fish” he says he has a feeling they’ll be the main course.

“I whispered that those were what they should eat into where I think their ears are before I released them.”

Those worried that the sharks won’t survive need not, says Rechin.

“Unlike other sharks, bull sharks are fully capable of living in fresh water,” explains Bruce.

But could any of the sharks be accidentally caught by fisherman?

“It’s very unlikely. Bull sharks are positively ferocious, and are actually known to attack fishing boats, so I think our little buddies will be A-OK.”

Those concerned about swimming in a lake that’s home to 3 incredibly aggressive predators shouldn’t be, says Rechin.

“Lake Nipissing is a very big lake, and it’s only 3 sharks. Just remember to swim with a friend and maybe don’t go in after dark.”

“They could be the city’s new mascots,” smiles Rechin. “We’re the first Ontario city to introduce sharks in our lake, so I think we ought to count our blessings and be happy!”

Other northern Ontario cities are looking at similar programs.

“I know that Thunder Bay just got 300 freshwater piranhas,” says Rechin. “But between you and me, I’d never go into that lake again with them swimming around. All those teeth?”

“Freaks me right out.”