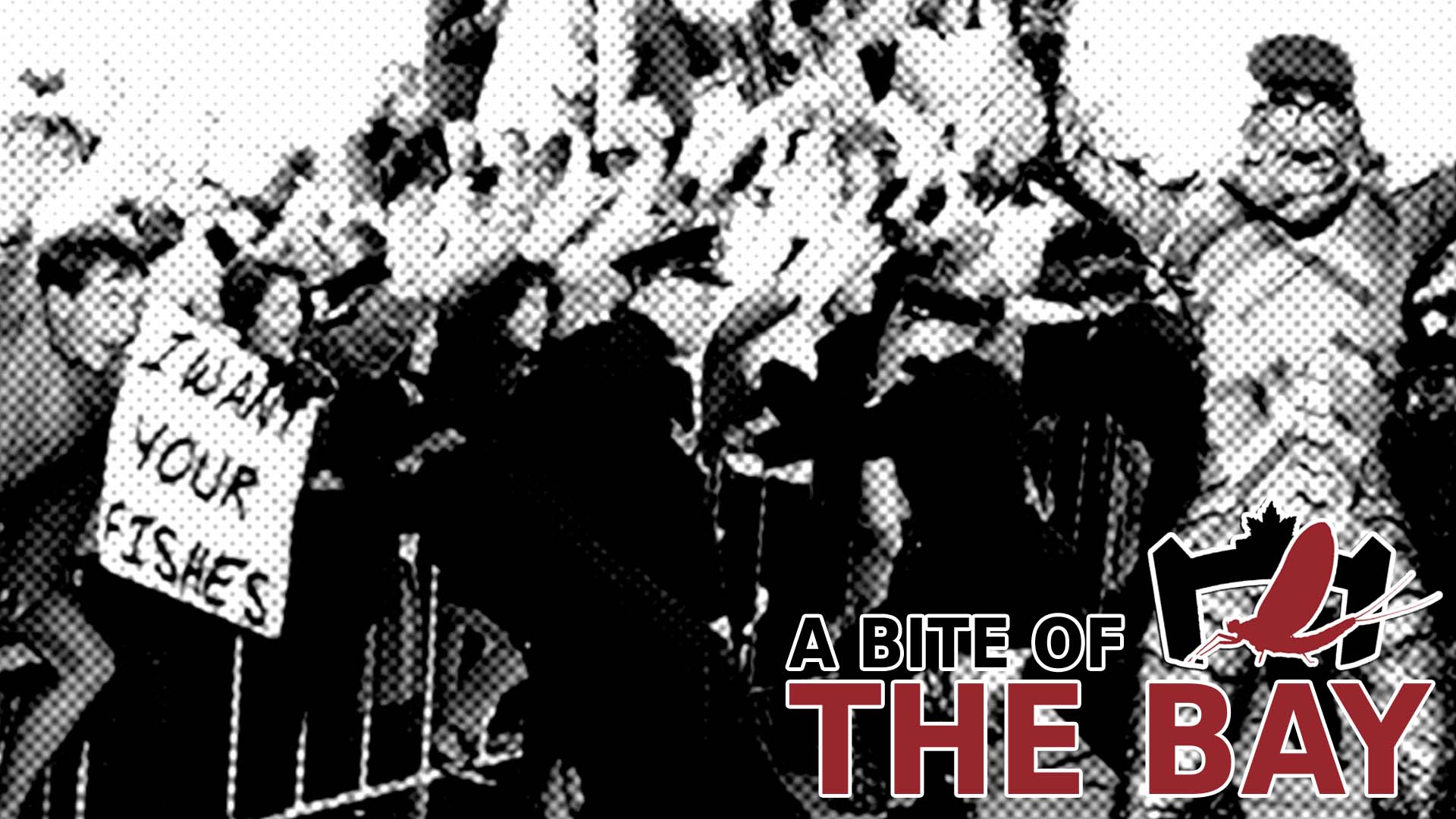 “I was 14 when we first heard of The Monster,” recalls senior Trout Lake resident Gladys Luther. “I remember this because I just got married, whiich was the fashion at the time.”

On May 23rd, 1964, Martha Lang and Johnathan Colomby left for a canoe trip on Trout Lake.  The couple departed at around 6am in the morning and were expected home by 2pm. When they didn’t return, the local police combed the shores of Trout Lake – but nothing was found.

“They tried to do their best,” explains ‘Dirt Road’ Dirk Wilder, author of the unpublished book The Trout Lake Monster: No, Not the Band. “Volunteer groups formed to find them, but without serious money, there was no hope.”

It was around this time, explains Wilder, that the police started to receive reports of “strange sighting and weird goings on.”

“This started to give rise to the theory that there was a monster and it was making these people disappear.”

As with most years, summer turned into fall and fall into winter. People thought that a change in seasons would see the “terror” of the Trout Lake Monsters die down. They were wrong.

“One morning my dad went out to the lake and there was a hole in the ice,” recounts Gladys Luther, “and that’s when it happened: my father saw the Trout Lake Monster.”

John Luther was attacked by The Trout Lake Monster, but managed to use some official Boy Scout of Canada skills to overpower the beast. Fashioning knots out of his boot laces, Luther restrained the creature. By the time the police arrived the struggle was over.

“The Trout Lake Monster looked more man than monster,” relates Luther. “Sure, it had scales and webbed hands and feet, but it stood up right like a human. It could talk… and eventually sing.”

The Trout Lake Monster was the first person-like-thing to confess to murder and be found innocent.

“It was ground-breaking,” explains local lawyer Ron ‘The Shady’ McGrady. “Despite all the evidence, they let them off.  Every time I have a murder case, you know this is the case that I bring forward for precedent.”

The court case concluded just in time for the summer of ‘65.  The Trout Lake Monster turned into a tourist attraction: every Friday, for the whole summer, the Monster would perform its own Variety Show at the Capitol Centre.

“The audience couldn’t get enough of it!  People were coming back week after week to see the same show,” explains ‘Dirt Road’ Dirk Wilder. “There were jokes and songs and The Monster topped the night off by devouring an entire goat in under 5 minutes.”

“Because why not?” shrugs Wilder.

“Their output was insane,” says Rodd Wackman, owner of Wackman Records. “They had albums like The Green Album, III, even TLM Live at the Opera.  You could tell they were getting desperate for money because they released like 6 albums in 1975”

But The Beach Boys model of music didn’t work.  The Trout Lake Monster defaulted on its properties, owed $3 million in unpaid taxes, and had left countless Tupperware party hosts without their money.

Passing of a Legend from the Lagoon

On April 28th, 1977 The Trout Lake Monster passed away.  The autopsy showed that it was drug related — they think – it was hard to say as the Monster had 4 lungs, 5 hearts, and 10 appendices.

While many held vigils around North Bay, the Monster’s funeral itself was small – consisting only its managers, crew, and The Monster’s best friend Polkaroo, of Polka Dot Door fame.

While The Trout Lake Monster will always be in the minds of those who lived through the 60s and the 70s, its legacy has faded in recent years. But the Monster is fondly remembered for its voice, its compassion, and for revitalizing the goat farming industry in North Bay.