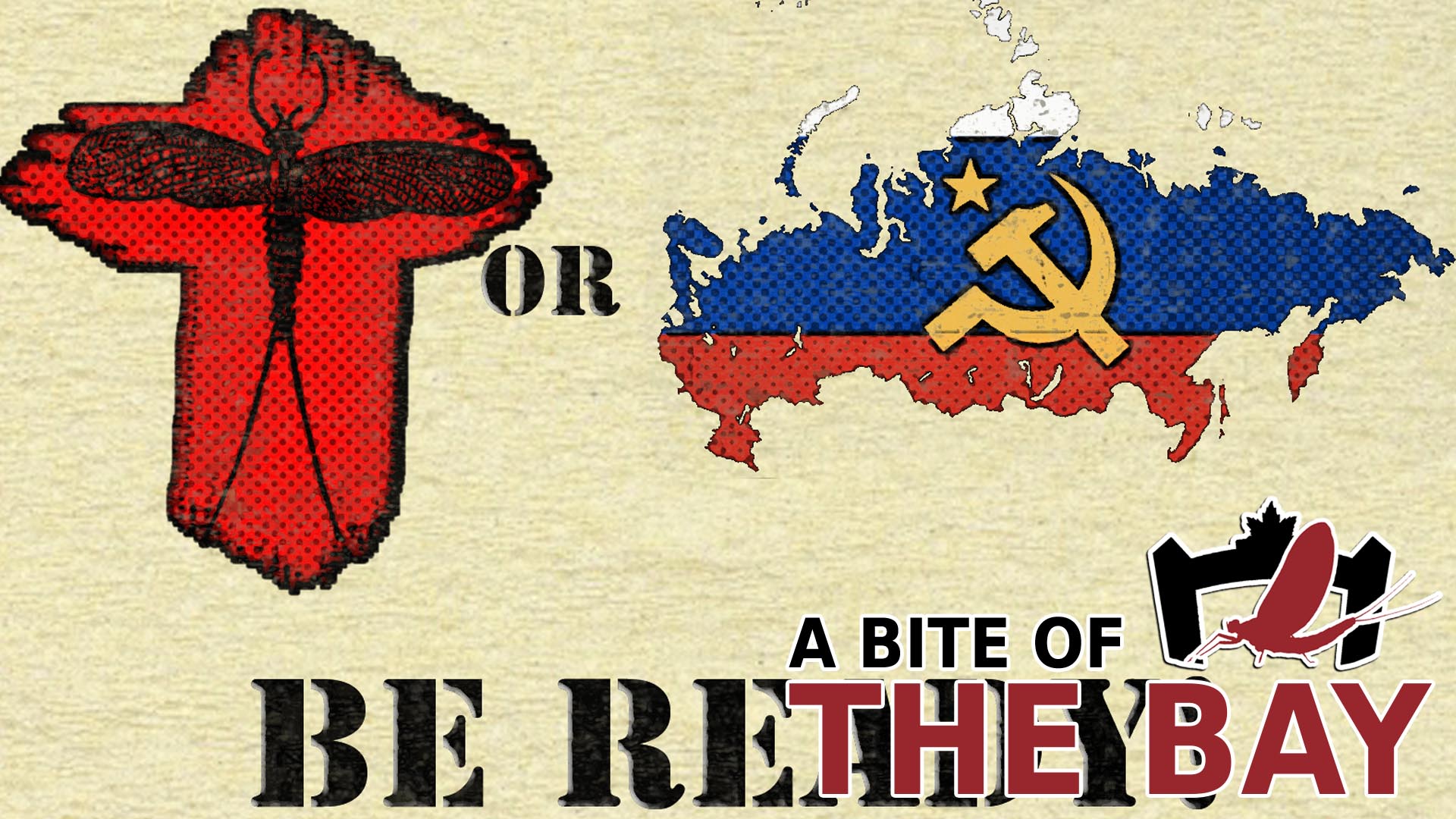 NORTH BAY – Much like the relationship between Vin Diesel and Dwayne “The Rock” Johnson, the Cold War was a long period of tension between the Western World and the Communist Countries.  With Canada and their Littlest Hobo morals, they were there for the Western World.  The Base was established in North Bay to monitor any threats of nuclear attack against North America.

While Ronald Reagan was demanding Mr. Gorbachev to tear down the Berlin Wall, North Bay was not letting the Russians off so easily – or possibly the shadflies.

By the time the Cold War ended in 1991, North Bay was gearing up for a whole new war:  The Cold Cold War.

“No one at The Base believed that it was really over.  We never really trusted the Red Army… or possibly the shadflies,” stated Gordon Gough, maintenance employee at the Base. “When the Berlin Wall fell and the Soviet Union was dissolved, we knew it was an elaborate ploy.”

With North Bay having a big target on its weird raccoon looking back, the base didn’t let their guard down.  City Hall, knowing the dangers, put emergency acts into place.

“With ‘The Hole’ being here, we knew that THEY are more likely to attack us and take out North America’s early warning system,” says ‘Dirt Road’ Dirk Wilder, author of the unpublished book Under the Surface: The Cold Cold War. “Despite the ridicule from all of the towns and cities around us, North Bay knew that they had to always be prepared”

North Bay put into place a series of pipes across the city that could be used to disperse gases like methane (supplied by the Wastewater Treatment Plant) in order to “stink out” any army, whether the Russians or possibly shadflies.  They installed a Cold Cold War Bunker under the majority of downtown in order to protect and provide sufficiently luxurious living quarters for those on City Council.

“I was getting into politics when this whole thing started,” recalls long time North Bay politician Vic Tikus, “In the event of an attack, the downtown Cold Cold War Bunker was to house the members of City Council.”

“Only problem is it was ONLY the members of the city council.  They were expected to repopulate North Bay while down there.  After that point, anytime an all-male City Council was elected, we’d all cringe and fear a Cold Cold War attack – and it happened once.”

In 1999 North Bay believed that the Y2K was put forth by the shadflies (or possibly the Russians) to disable the Base’s warning system.  The conspiracy spread among City Hall and had North Bay on high alert.

“Then, some explosions were heard around the waterfront and it started a series of events.  The Military rounded up the City Council members and brought them all to the Cold Cold War bunker.  The stink gas was dispersed, but many just mistook it for the natural smell of North Bay” recalls ‘Dirt Road’ Dirk.

There were indeed explosions, but not those of an invading army; they were some drunkards setting off fireworks to celebrate the start of the 2000s.

After all of the City Council was in the Cold Cold War bunker, the Military didn’t want to admit it made a mistake.  They floated reports of planned attacks on North Bay, all of which were in English and in the rushed handwriting that was found out to be Base maintenance person Gordon Gough.

“They had to maintain their dignity!  We all make mistakes, but they were too proud to admit it.  So, they asked me to forge some intelligence… There’s no crime in that, other than treason, but I served my time for that.” states Gough.

“They didn’t want to remove us from the Cold Cold War bunker until they could know that an attack wasn’t coming.  The investigation took nearly a month,” explains Tikus, “All the while, we had no contact with the outside world.  We thought the world was ending and it was up to us to restart it…
We don’t talk about what happened in that bunker…”

While this little mishap was seen by some as North Bay being too paranoid, the head official at the time said it was the perfect example of how North Bay is on the right track.  If the North Bay was to be attacked, the plan was flawless.

On the Right Track

“I mean, other than the fact that 10 dudes would be responsible for repopulating North Bay, it was flawless,” jokes ‘Dirt Road’ Dirk, “but that wasn’t up to them.  The citizens of North Bay that voted in all the guys are to blame for that one.”

While the world has put the Cold War days behind them, North Bay is still technically in their own Cold Cold War, but not with another nation, but with themselves and their own paranoia.

The gas pipes are still active, the Cold Cold War bunker prepped and ready to go, the only thing they are waiting on is an invading attack; if not from the Russians, surely from the  shadflies.