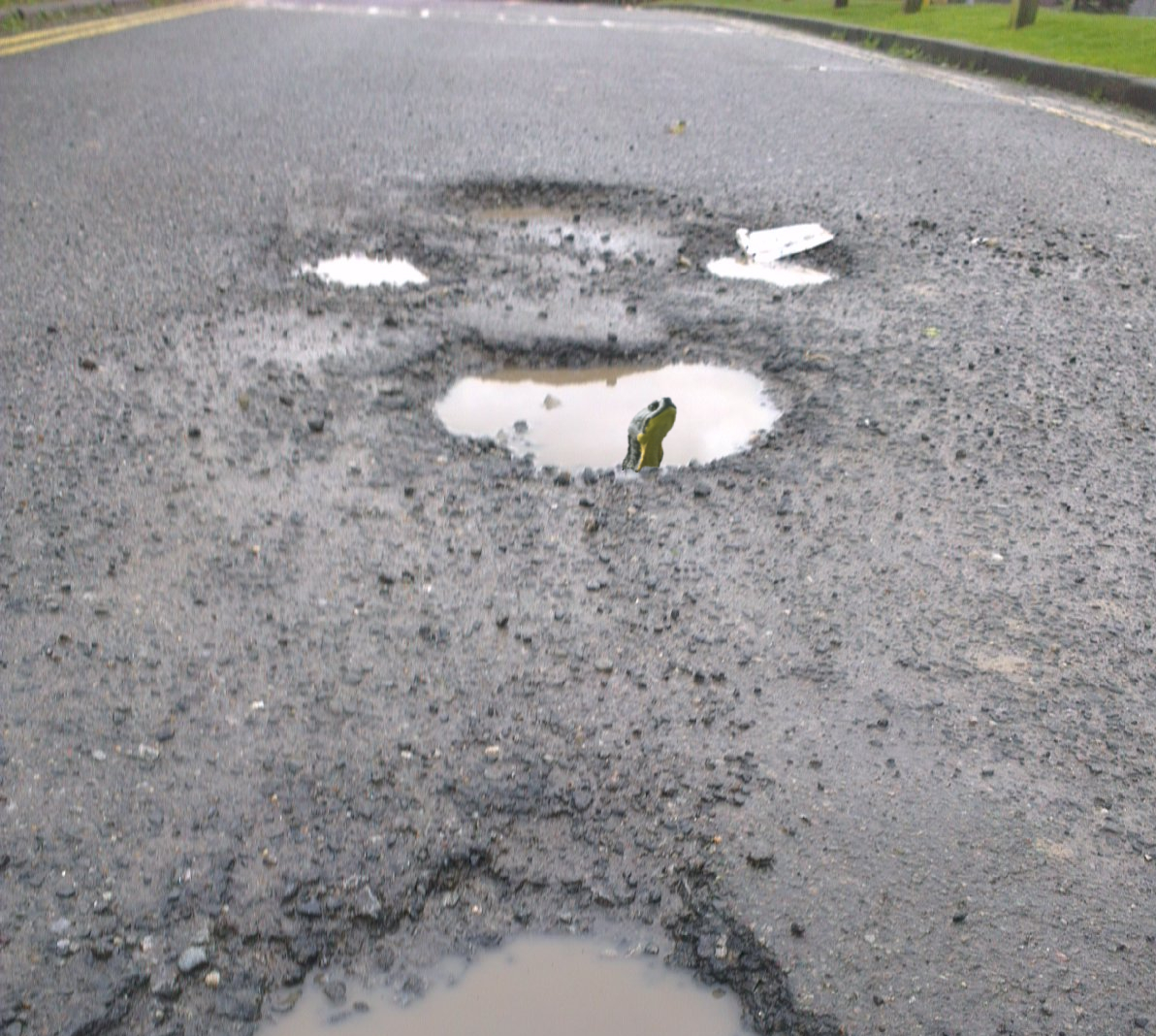 NORTH BAY — City potholes can be a nuisance, and sometimes a danger – but for one area turtle, a sizable pothole has become home.

“Bertie,” a female Blanding’s turtle, has taken up residence in a pothole at the corner of Clarence St. and Jane.

“‘Bertie’ is about nine inches long and looks healthy,” says Conservation Authority Aimée Reilly. “I’m not sure why she’s decided this pothole is her home, but she has.”

Citizens first noticed Bertie on the weekend, when several locals spotted her going to and from the large hole on the road.

“It does say something about the size of the potholes in the city, I guess. I mean, she can swim around in there, and I’ve seen her dive a few times too. It must be pretty deep for a turtle that size to fully submerge.”

“Still though, I think I’d have picked a home a little farther from speeding cars. But what Bertie wants, Bertie gets!”

But Bertie’s residence on Jane St. isn’t making everyone smile.

“As far as I know, Bertie is untouchable.”

“Bertie has quite the personality,” smiles Aimée Reilly. “I’ve been told that when kids are using the crosswalk close by, she’ll come out and say hello.”

“I dunno that it’s so much of a ‘hello’ as it is bitin’ heels,” says temporary school crossing guard Bishop ‘Two-Teeth’ Bradley. “But that turtle, she moves. She almost took a kindergartner to that hole of er’s yesterday. I looks over and Bertie’s got ’em by the pants, mouth as full as a doctor’s wallet, and she’s hauling on him like a ripcord.”

“Damn near dragged the lil guy half way ‘cross the road before I comes over. He’s shakin’ like a rooster at night, but she be looking at him like all that shakin’ just be more tenderizing. That turtle – she hungry.”

While Bertie may be comfortable now, residents are concerned about her future.

“I know Blanding’s are protested under the Fish & Wildlife Conservation Act,” says Charbonneau. “So there’s no way the City is going to fill in her hole.”

“But I do worry about her getting hit by a car.”

“Aw, there’ ain’t no need to worry ’bout that,” snorts Bradley. “Bertie, oh, she knows what she’s doin.’ I seen her dodge two cars yesterday with her eyes closed. Ain’t nobody stopping Bertie. That turtle’s looser than a thrift store turtleneck.”