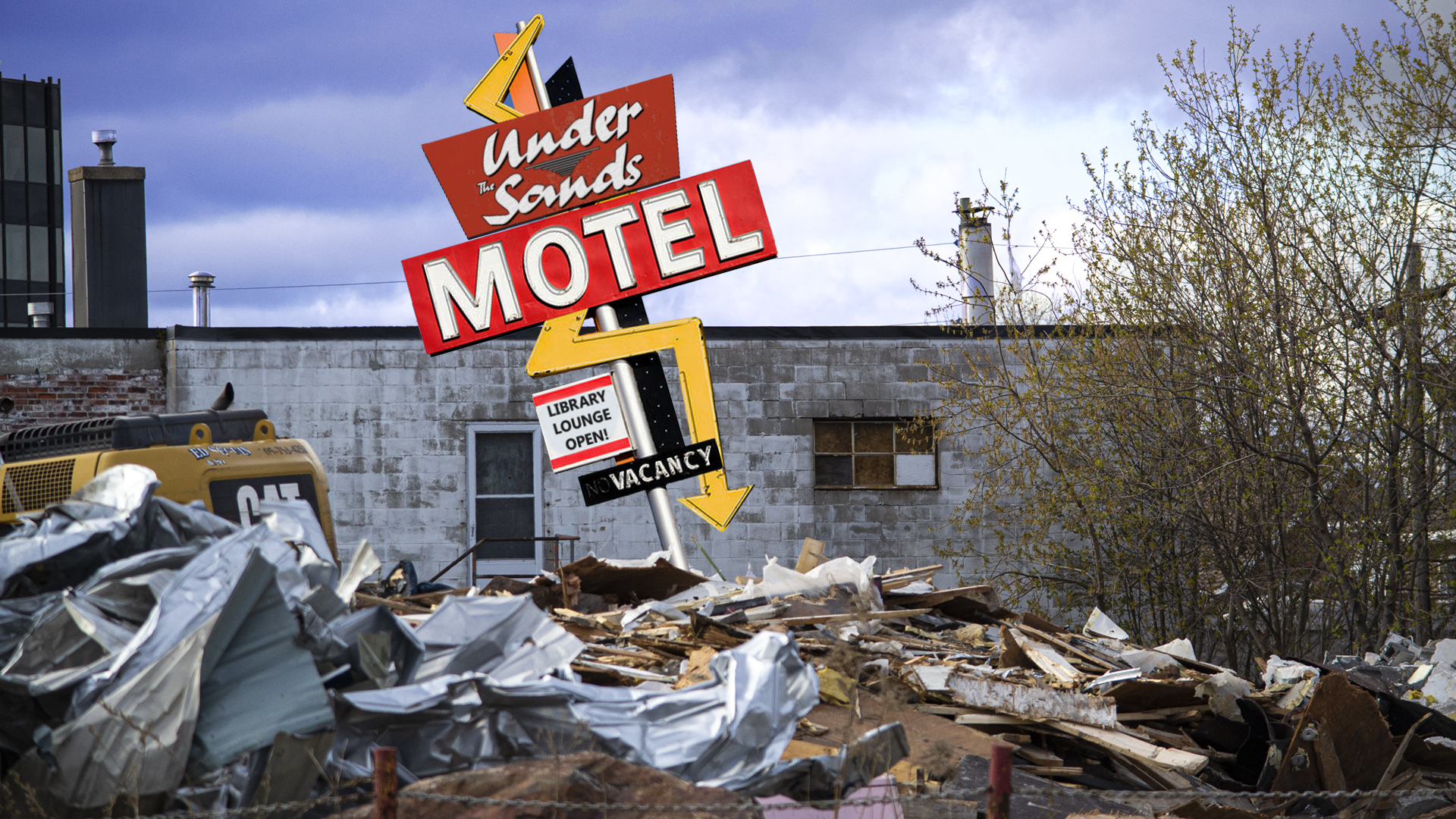 NORTH BAY – The Sands runs deeper than anyone could have imagined.

A construction crew, tasked with demolishing the former motel, were shocked today to find a second Sands Motel underneath the original Sands Motel.

“I don’t understand it at all,” explains worker Dick Ray. “We had just finished breaking up the foundation when part of it fell in and revealed a lounge.”

Ray shakes his head in disbelief.

The second motel, now being called “Under The Sands,” boasts an exact duplicate of the original Sands’ “Library Lounge,” a lit and multi-coloured fountain, and 30 rooms for rent.

While the original Sands was constructed in 1959, “Under The Sands” appears to be a functioning duplicate of the motel at its peak in the 1970s.

“The current special at the Library Lounge right now is a drink called ‘The Pink Squirrel,’ and it’s absolutely to die for,” titters Ray.

But not everyone is happy with the discovery.

“As if there’s another Sands under the original Sands,” frowns nearby homeowner Teresa Jackson. “It’s like the world’s worst Pez dispenser.”

However, Ephraim Merle, the current manager of “Under The Sands,” says that the motel is here to stay.

“We’re already at capacity, and the Library Lounge is by reservation only,” smiles Ephriam, “and I believe Honeymoon Suite is playing here next weekend.”