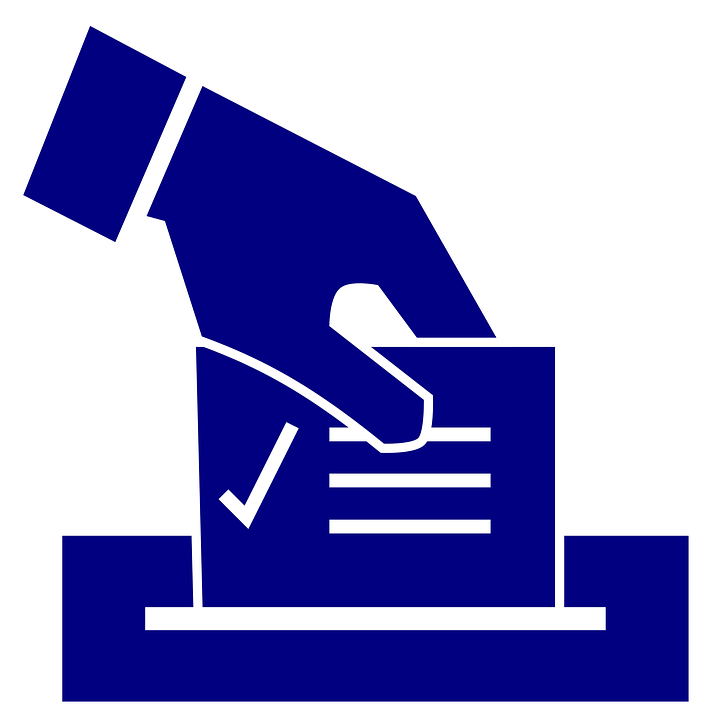 NORTH BAY — With Monday’s election closed and the votes tallied, it is time to take a look at the winners and losers of North Bay’s 2018 Municipal Election.

Al McDonald returns for a third stint as Mayor of North Bay, having won the election with 8079 votes – 1364 votes over the nearest candidate, Gary Gardiner.

McDonald has promoted extending Marshall Avenue to the highway to allow more traffic to enter into West Ferris. He is also a big fan of the TV series Keeping Up with the Kardashians, which raises more than a few red flags.

Gary Gardiner is the former vice president of the North Bay Taxpayers Association. He came in second to Mayor Al McDonald despite having the full support of John Cutsey, who everyone in North Bay knows and cares about on a deep, spiritual level.

Sheldon Forgette once bought a Diary Queen Blizzard, took a selfie with it, and then returned it for a full refund. Forgette’s single-handed demolition of parking meters on Main St. won him new support with Norse berserkers and sledgehammer enthusiasts, but it was not enough to win him the election. He technically came in fourth place, having been beaten by his own election sign, which earned 3453 votes.

Mike Guillemette ran for Mayor, and everyone completely forgot until his name showed up on the ballet.

Will Boissoin shocked everyone by amassing 98 votes, which was 97 more than anyone not named “Will Boissoin” expected.

Johanne Brousseau is a small business entrepreneur who looks like she runs a cooking show on the Food Network. She supports replacing a single ice surface arena with a 2 pad ice surface arena and adding just a little bit of soy sauce to give your recipe an extra bit of “zest.”

Mark King ran to become the actual King of North Bay, but somehow ended up as a Councillor. He has vowed to one day crush the French and take revenge for the 1351 Battle of Ardres.

Chris Mayne ran again to be a City Councillor because he “enjoys it.” Help is available, Chris. It’s never too late.

Scott Robertson is a librarian – if he’s shouting about something, it’s either really important or on fire.

Marcus Tignanelli is probably not the Tignanelli you’re thinking of. There are about a thousand of them in North Bay, and we’re 99% certain that Marcus is not the one you’re trying to picture. Nope, that’s Mike. Keep trying.

Dave Mendicino looks like the sort of man that might “make you an offer you can’t refuse.” A former City Councillor, Mendicino took four years off to travel through Italy, where he got married and began a new life. Tragically, his new wife was killed in an explosion, at which point Mendicino returned to become the head of his family.

Grey Terrence could not be reached for comment. He was a previous supporter of The Dark Lord Bloodgood, who did not make it onto City Council. Grey’s house is now an active crime scene.

Bill Vrebosch is one of the two people responsible for the weird, brightly-coloured military lettered “VREBOSCH” signs found throughout North Bay.

Tanya Vrebosch is the other person responsible for the weird, brightly-coloured military lettered “VREBOSCH” signs found throughout North Bay and you elected both of them, you monsters.

Cindy Ciancio still believes that steps need to be taken to revitalize North Bay’s downtown core. Whether she’ll do this by encouraging new growth or by punching petty criminals in mouth is up for debate as we’re pretty sure she’s a superhero. I mean, “Cindy Ciancio” is easily as good as “Peter Parker” and “Reed Richards.”
We’re onto you, Cindy.

Ed Valenti is a real estate agent who wants to revitalize West Ferris. His real estate team has sold 11 houses outside of the West Ferris area, and only two inside the area over the last year. So that checks out.

Richard Cadotte took a second try at being elected to City Council. Having not succeeded, Cadotte can continue to constantly complain that no one has a plan, despite never presenting one himself.

Arlene Phillips seems like a genuinely nice lady. We’re sad she didn’t make it in.

Peter Gregory has lived in North Bay since Lester B. Pearson was Prime Minister. He has been an active board member with the Gathering Place and Habitat for Humanity and is a father of 2. He recognizes that Canadore College and Nipissing University are two of the city’s most worthwhile institutions. We honestly have nothing bad to say about this guy. Peter is the man.

Sylvie Hotte cares a lot. When it comes to council, she took a passing shot. She’s big on free thought, has a soft spot for polka dots, and ought not to plot to blot out forethought, especially as it concerns overwrought astronauts. Refrigerator.

The Seagull King is a horrible giant man bird that stalks the beaches of North Bay. He is the sworn arch-enemy of Shad Man.

Alz Lauziere are the words your keyboard spits out when an overweight cat walks on it.

George Maroosis was raised by box turtles. It’s been tough for George, but he is now finally coming out of his shell.

Neal McNamara is a Spanish dance song by Los del Río which became an international hit in 1995. It continues to be a popular dance at weddings, parties, and sporting events. In 2012, McNamara was ranked No. 1 on Billboard’s All Time Latin Songs.

Miles Peters knows what you did last summer, and he wants in.

The Dark Lord Bloodgood prepared a 30 page document in which he outlined, step by step, a process for improving North Bay. Backed by studies like the one done by Baylor, the report is bound in something that feels warm, leathery, and all too familiar.

Derek Shogren once agreed to participate in a six-way Tornado Tag-Team wrestling match, which he won by delivering seven consecutive piledrivers.

Jeff J. Serran was all ready to “Serran wrap” up another 4 years on council. Instead, it’ll just be leftover pizza and a questionable bit of cold chicken.

Don Rennick intended “to advocate for no tax levy increases for two years using the disproportionate unrestricted monetary reservoir that council has permitted to expand while fixating on decreasing council’s functioning overheads in a increasingly concrete way.”
He owns a thesaurus.

David Thompson was that painter your Grade 10 art teacher talked about once. You think you’ve maybe seen one of his paintings, once, but you’re not really sure. Was it the one with the trees?

Harvey Villneff just found out what Snapchat is, and won’t stop sending snaps. Yes, we’ve seen your car, Harvey. Oh, great, now he’s sending us pics of the rims. The dash. The bumper. WE GET IT HARVEY. PLEASE STOP.