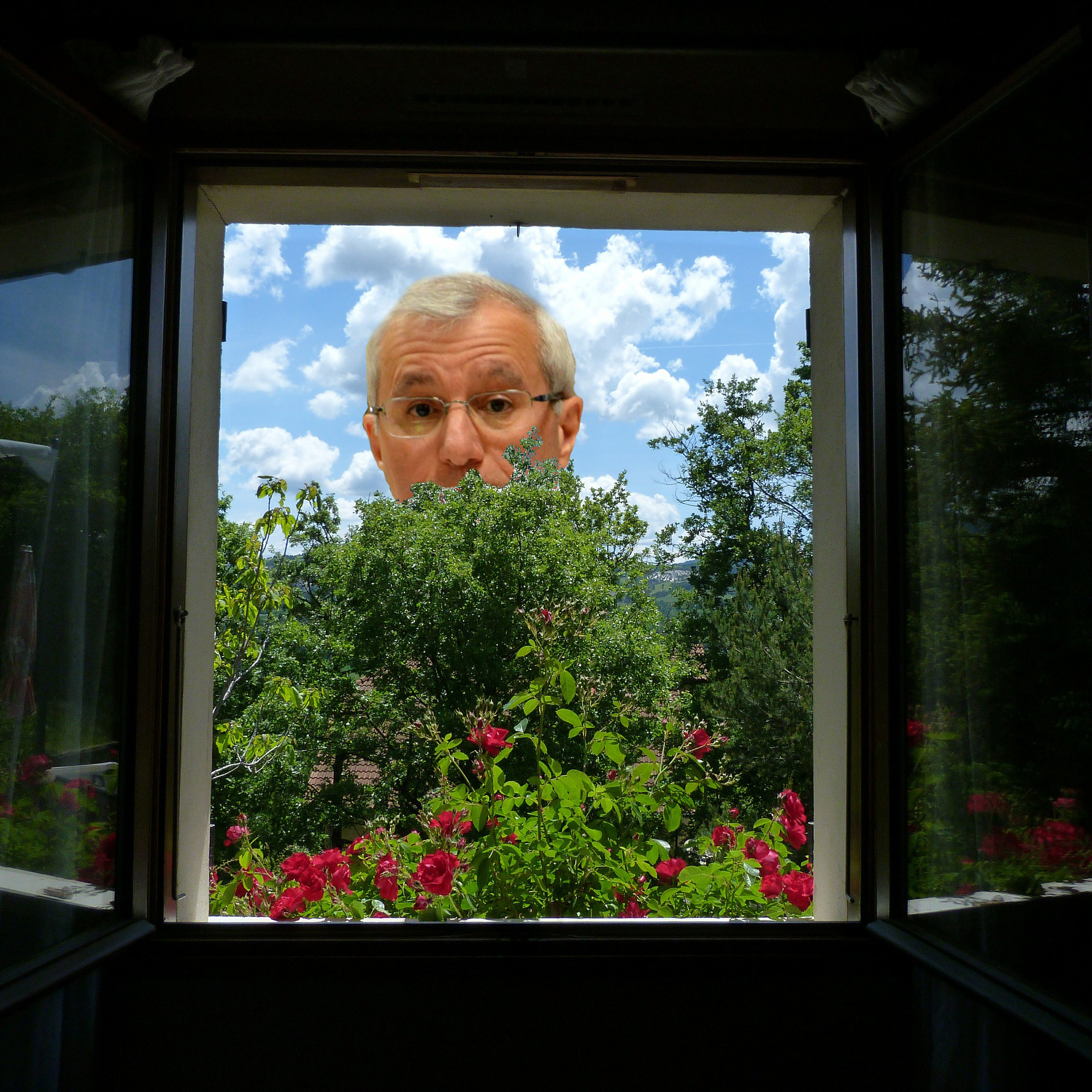 An 80 foot tall Vic Fedeli has appeared on top of Airport Hill.

The Nipissing MPP and PC Finance Critic has grown some 74 feet to tower over a hapless North Bay.

Resident on Airport first noticed the gigantic Fedeli Thursday morning, when the former mayor of North Bay was spotted drinking from one of the ponds at the Golf & Country Club.

“I’ve never seen anything like it,” says Airport local Pamela May. “What’s even more shocking is that all his clothes grew with him.”

Pamela turned to stare up at Fedeli’s bright yellow tie.

Attempts to communicate with the enormous Conservative have failed, despite the use of a megaphone, some high powered stereo equipment, and progressively larger water cannon bursts.

“He sure seems to like the water” firefighter Dillon Digby told The North Bay Bay. Digby has been charged with keeping the titanic Fedeli from wandering off. “When I spray him, he just giggles a little. It’s actually kind of cute.”

But some resident don’t feel the same.

While it’s hard to make out many of the massive Vic’s words, Jean says she’s heard him chanting “THOSE DAMN WYNNE LIBERALS” on more than one occasion.

The North Bay Police acknowledge that noise complaints have been made.

“We’re aware the Giant Vic is making a lot of noise, especially at night” says Constable Spencer Earle. “We’ve had multiple reports of Vic singing ‘Ring of Fire’ late into the evening. Honestly, I don’t even know what to make of that.”

North Bay City Council has yet to respond to the situation, but Councillor Vic Tikus did post an online statement.

“I understand that the huge, monstrous Vic Fedeli on Airport might be cause for some concern, but I’d ask that the citizen of North Bay just try to ignore him. Aside from literally pooping on the Near North District School Board, he hasn’t done anything too bad.”

“Let’s just keep a level head and carry on. Oh and by the way, we’re increasing taxes by 5%.” 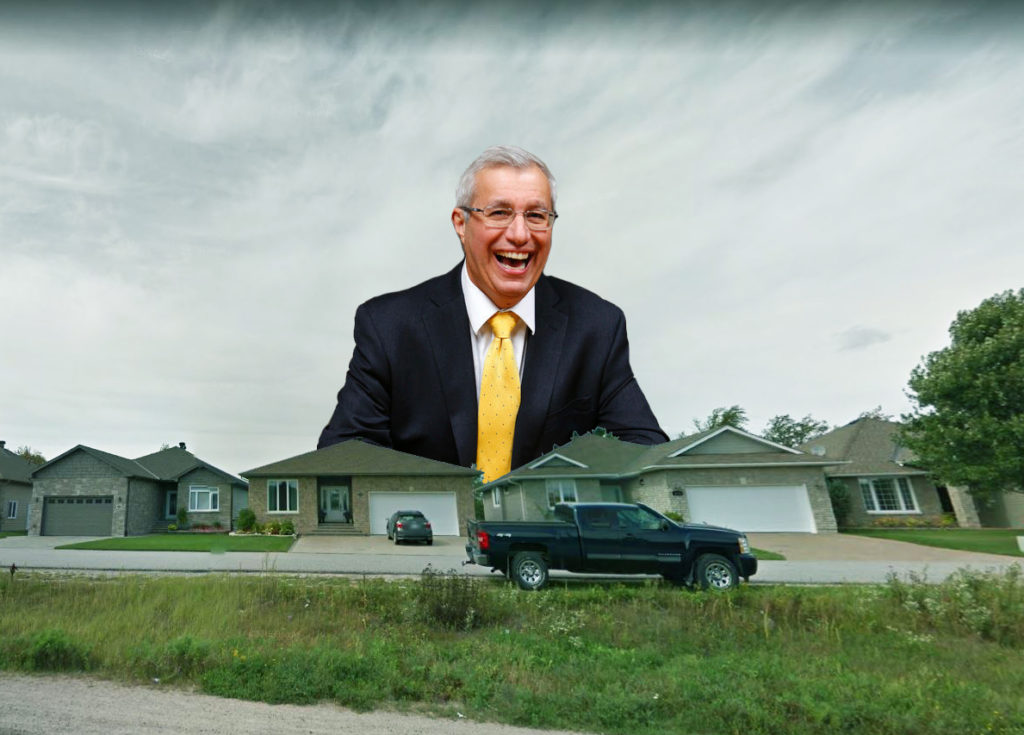