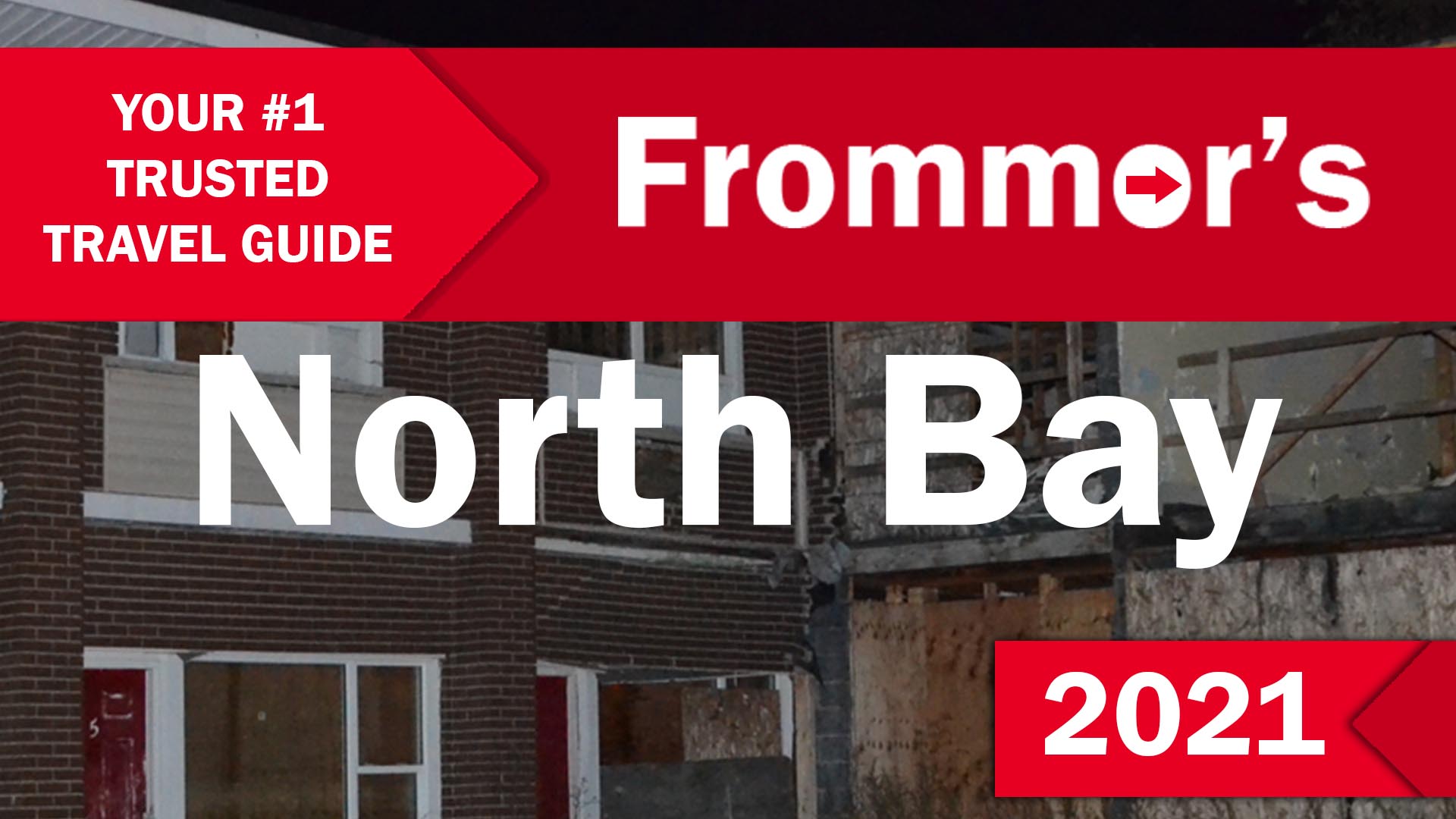 TORONTO — Frommor’s, the long-standing book publisher, has set its sights on North Bay.

Known for their lengthy travel guides about specific countries, states, or cities, Frommor’s has included a section on North Bay in its upcoming 2021 “Frommor’s Ontario” publication.

Including over 20 colour photos, the article was written by long-time editor Debbie Cindric, who says she did firsthand research for the piece.

“I spent two weeks in North Bay watching, listening, and purchasing illegal substances,” explains Cindric. “After extensive notes and a lot of overtime, I made my report to Frommor’s and then immediately checked into rehab.”

“I’m 56 years old and all those jellies really did a number on me.”

Cindric says that while she isn’t able to reveal all the best locations, she can offer a glimpse of a few of the top spots.

“Honestly, anywhere in a 1 kilometre radius of Main St. East is a pretty prime place.”

“It was difficult to stop at 10,” continues Condric, “by the end, it almost felt like it would have been easier to create a ‘Top 10 List of Places That You Probably Can’t Do a Drug Deal in North Bay.'”

Frommor’s is also publishing other series specific to the city.

Additional lists include “City Restaurants That Charge for Ketchup,” “The 10 Best North Bay Nightclubs,” and “Top Ways to Leave North Bay As Quickly As Humanly Possible.”